KARACHI: Pakistan has successfully launched a third power plant with the capacity of 330 megawatts on the indigenous Thar coal, helping the country to produce electricity at a significantly lower cost, cutting energy import bills and saving foreign exchange reserves.

This is the third Pakistan biggest  power plant on local coal (dirty fuel) operating within the mine vicinity in Tharparker district in Sindh. Accordingly, the total installed power production capacity increased to 990 megawatts on Thar coal in three-years to date.

“The project has successfully achieved commissioning, with the commercial operations date (COD) taking effect from October 1, 2022,” the Hub Power Company (Hubco) said in an announcement at the Pakistan Stock Exchange (PSX) on Friday.

Power production on Thar coal stands as the third cheapest source among as many as 124 plants operating on various fuels including gas, RLNG and oil in the country, according to the latest government merit order dated September 16, 2022. The power production on Thar coal costs Rs4.39 per unit (kilowatts per hour) at present. This is including fuel (coal) costs at Rs3.74 per unit, according to the National Transmission and Despatch Company (NTDC).

The merit order suggests that high-speed diesel is the most expensive fuel used to produce electricity, costing Rs75.04 per unit at present. The government, however, will first fully utilise the low-cost fuel-run plants to meet local demand and only take production from other expensive plants in case demand spikes.

Earlier, the country cumulatively saved foreign exchange worth $200 million by taking 660 megawatts from Thar coal between July 2019 and February 2022, an official of Sindh Engro Coal Mining Company (SECMC) told the media in February 2022.

The latest project of 330 megawatts is owned by Thar Energy Limited (TEL). This is a joint venture between Hubco, Fauji Fertiliser Company Limited (FFC) and the China Machinery Engineering Corporation (CMEC), the announcement said.

The previous two plants, with a cumulative capacity of 660MW on local coal, are being operated by Engro Powergen Thar (Private) Limited (EPTL). This is a joint venture among Engro Powergen, CMEC, and Habib Bank Limited (HBL).

Power production on local coal is estimated to increase to 2,600MW by the end of next year (December 2023), as other mine-mouth power projects in the pipeline come online.

While there are 13 blocks of coal in Thar, and each is of a different size, the planned production will include coal from block-I and II.

SECMC (which operates only block-II) can produce 5,800 MW of power from its block which may or may not happen. So far, companies have achieved financial close only for 2,600 MW, the company official said.

It has been learnt that due to large coal reserves, it is not necessary to utilise all Thar coal for power production and that scientists are considering converting coal into liquid and gas so other industries, including fertiliser manufacturers, can also utilise the coal.

Thar coal can meet Pakistan’s electricity demand for several centuries and, as all the coal reserves will not be utilised for power production, there could be many other uses for the excess coal. 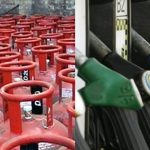 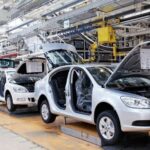