ISLAMABAD:The country’s textile group exports declined by around five percent during the first five months (July-November) of the current fiscal year 2022-23 and remained at $7.361 billion as compared to $7.757 billion during the same period of last year, the Pakistan Bureau of Statistics (PBS) said.

The data of exports and imports released by PBS revealed that the country’s textile group exports witnessed a decline of 18.15 per cent in November 2022 on a year-on-year basis and remained at $1.420 billion when compared to $1.735 billion during the same month of last year.

Cotton yarn exports registered 35 per cent negative growth in July-November and remained $328.197 million compared to $503.898 million during the same period of the last year.

The country’s overall exports during July–November 2022 totalled $11.945 billion (provisional) against $12.362 billion during the corresponding period of last year showing a decrease of 3.37 percent. 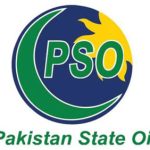 Currency Update: In the early hours of trading on Thursday, the Pakistani rupee lost 0.53 percent against the US dollar in the inter-bank market. The […]

The Pakistan Stock Exchange (PSX) witnessed profit-taking as the benchmark KSE-100 saw all its intra-day gains erased to end negative on Monday. The benchmark index […]