Pakistan To Get $1.5 billion Loan From Asian development Bank ADB

ISLAMABAD: The Asian Development Bank (ADB) may approve a $1.5 billion emergency loan late next month to help Islamabad cope with the worsening macroeconomic crisis amid the Planning Commission’s concerns over unfavourable terms of the loan.

The Manila-based lending agency is expected to approve relatively expensive financing for the $1.5 billion on October 21, which is about a month behind schedule, according to government sources.

The revival of the International Monetary Fund (IMF) programme has failed to stabilise the situation of the country, especially in light of the devastating floods that have further exacerbated economic conditions and deteriorated the external sector. The Central Development Working Party – the country’s project sanctioning authority –on Wednesday gave a go-ahead to the concept clearance proposal for the $1.5 billion loan under the BRACE programme (Building Resilience with Active Countercyclical Expenditures). BRACE is part of ADB’s Countercyclical Support Facility, which does not carry conditions that are part of the traditional lending portfolio.

The CDWP’s clearance will now help to complete the paperwork and send the loan request to the board of the ADB for approval. The loan has been sought to cope with the worsening macroeconomic crisis compounded by the Russian invasion of Ukraine and devastating floods. ADB will provide a $1.25 billion loan out of its ordinary capital resource at an interest rate of Secured Overnight Financing Rate (SOFR) plus 0.75%, plus a surcharge. The current SOFR cost is 2.28%, which will translate the total interest rate to over 3%, one of the most expensive rates by the standards of the ADB and the World Bank.

The $1.25 billion is being secured for seven years, which is also 18 years shorter than the standard loan tenure of ADB. Another $250 million is being obtained at a rate of 2% for a period of 25 years.

One of the primary advantages of the ADB and the World Bank lending is their longer tenure and low-interest rate –the two key factors that are missing in the new deal and duly pointed out by the Planning Commission.

The Planning Commission has objected to taking the $1.25 billion loan at a higher rate. “The rate is essentially a commercial loan. As Pakistan is already facing the economic crisis, therefore, sponsors may negotiate for the concessional loan,” showed the official documents. Finance Minister Miftah Ismail on Wednesday said, “The $1.5 billion ADB is lending will also help to get a $500 million loan from another bank; that has assured me to disburse the money subject to the approval of the $1.5 billion loan by the ADB board.”

The date for the ADB board to deliberate upon the approval of the $1.5 billion loan is October 21st, said Asad Aleem, the Deputy Country Director – ADB Pakistan.

A Finance Ministry source said that the ADB was initially expected to approve the loan in the last week of September but then the tentative date was changed to October 7, which has now been further extended. One of the reasons behind the delay is said to be a coordinated move between the ADB and the World Bank for budget support lending to Pakistan.

“The ADB coordinates, complements, and aligns respective sector reforms with the WB and other development partners,” said Aleem while responding to a question.

Pakistan’s rupee is constantly under pressure and both the Finance Ministry and the State Bank of Pakistan have been struggling to stem the rupee’s losses. The rupee further shed its value and closed at Rs234.32 to a dollar on Wednesday in the inter-bank market. However, in the open-market, the dollar was not available even at the high price of Rs240.

Finance Minister Miftah Ismail said this week that, “The SBP has recently served show cause notices to 10 commercial banks for their role in currency manipulation.”

Ironically, the list included the names of the two banks whose chief executive officers had been publicly praised by the finance minister for their role in bringing the rupee value down to Rs214 a few days ago.

The documents showed that the ADB funding will be used for social protection under the Benazir Income Support Programme, food security, and enhanced support for business entities.

The lending has been requested for general budget support to the government, which will help create fiscal space needed to finance crisis response and relief measures, protect the poor and vulnerable, and facilitate economic resilience to future shocks. 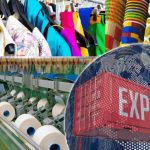 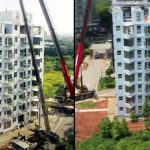 CHICAGO: Wheat futures fell to the $8.3 per bushel mark in the fourth week of October, hovering at levels not seen in one month as […]