ISLAMABAD:  The current account deficit shrank to $1.2bn in July from $2.2bn in June, largely reflecting a sharp decline in energy imports & a continued moderation in other imports, a data released by State Bank of Pakistan (SBP) said on Wednesday.

“The narrower deficit is the result of wide-ranging measures taken in recent months to moderate growth and contain imports, including tight monetary policy, fiscal consolidation and some temporary administrative measures”, the SBP said on its twitter handle.

Similarly the trade deficit in services also shrank to $260 million in July compared to the deficit of $287 million in same month of previous year.

Deficit of primary income rose to $403 million in July 2022 compared to $289 million in same month of the previous year.

The combined deficit of goods, services, and primary income edged up to $3.753 billion in the corresponding month while during same month of last year, the deficit was recorded at $3.712 billion. 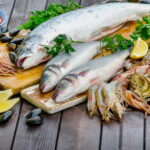 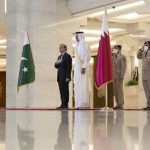 ISLAMABAD: The present government was providing maximum facilitation and a friendly environment to facilitate business in Pakistan said byFederal Minister for Finance and Revenue Senator […]