ISLAMABAD: The exports of fish and fish preparations increased by 30.02 percent during the first month of the current fiscal year as compared to the corresponding month of last year.

However, on month-on-month basis, the seafood exports declined by 54.43 percent when compared to the exports of $40.608 million in June 2022, the PBS data revealed.

It is pertinent to mention here that the country’s overall merchandise exports declined by 5.17 percent in July 2022 as compared to exports of July 2021. The exports during the month were recorded at US$2,219 million against the exports of US$2,340 million in last July.

Based on the figures, the merchandize trade deficit declined by 18.33 percent by going down form the deficit of US$3,235 million last July to US$2,642 million in July 2022, according to PBS data. 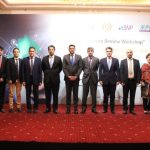 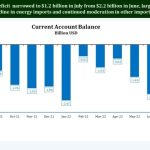 Pak-China Khunjerab Pass To Reopen For Commercial Activities From April ,1

BEIJING: The Khunjerab Pass, a major trade route between China and Pakistan, will be reopened for commercial activities from April 1, 2022, according to an […]