Malaysian palm futures held above MYR 5,000 per tonne during the third week of January, not far from a record high of MYR 5,161 hit earlier in the month, amid prospects of stronger demand and tight supplies. 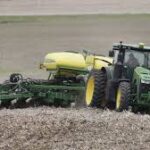 WTI”: Crude oil traded around $85 per barrel on Monday, remaining sideways for the past three sessions as investors weighed the prospect of tighter supply […]

KUALA LUMPUR: Malaysian palm oil Prices eased on Wednesday, after trade  closing at an 18-day high in the previous session, but the contract was set […]