KUALA LUMPUR: The benchmark palm oil contract for March delivery on the Bursa Malaysia Derivatives Exchange was up 186 ringgit, or 3.96%, at 4,883 ringgit ($1,170.98) a tonne, by the midday break, hitting its highest level in more than three weeks.

As Seven states in Malaysia have been hit by floods And In Kelantan, Terengganu, Pahang, Johor, Malacca, Negeri Sembilan and Sabah were still affected by floods, and 8,727 people were taking shelter at 128 relief centres, the National Disaster Management Agency said in a statement On Sunday

On the Other Side Soybean futures traded near a 4-month high of around $13.5 per bushel, finishing the year 4% higher on supply concerns. Investors worry that drought in South American growing belts including Argentina and the southern state of Rio Grande do Sul in Brazil due to La Nina could impact yields. It had been a volatile year for the soybeans market, the prices hit an over 8-1/2-year high of $16.6 in May, but declined to an 11-month low of $11.71 in early November, the worst run since May 1998, as farmers in the US and Brazil are heading for a record harvest while purchases from top buyer China are slowing down.

Also Palm logged its third straight annual gain after rising 30.7% in 2021 as a pandemic-fuelled labour shortage hammered output in the world’s second-largest producer while demand picked up after countries eased lockdowns. 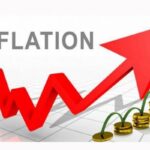 Rain forecast in Brazil and Argentina keep soya price down

KUALA LUMPUR: Malaysian palm oil Prices eased on Wednesday, after trade  closing at an 18-day high in the previous session, but the contract was set […]