Palm oil likely to trade on downside bias next week ; Jim Teh forecast

KUALA LUMPUR: Palm oil  contracts on Bursa Malaysia Derivatives are expected to trade with a downside bias next week as concerns over production and high inventory will weigh on investors’ sentiment, a trader said.

Interband Group of Companies senior palm oil trader Jim Teh said the market is expected to see some profit-taking next week following a rally in the previous week climbing about 11 per cent weekly, tracking the gains in rival edible oils and on the back of a weakening ringgit against US dollar.

He said the crop report for October was expected to be bearish as production was expected to increase further during the month which would result in an increase in Malaysian palm oil October’s stockpile.

On the production front, UOB Kay Hian had estimated that Malaysia’s palm oil production in October at 2 to 6 per cent higher than September’s, while exports were seen in the range of 1.43 to-1.48 million tonnes.

Meanwhile, Singapore-based Palm Oil Analytics owner and co-founder Dr Sathia Varqa said that next week’s trading will be centred on the Malaysian Palm Oil Board (MPOB) October and United States Department of Agriculture (USDA) November crops data for clues on the market direction.

“Most of the bearish factors are priced in. Traders will be watching for surprises in the data,” he added.

For the week just ended, CPO futures rallied due to Russia’s withdrawal from the Ukraine grain corridor deal which caused a bullish spike in the Chicago Board of Trade (CBOT) soy oil future, higher crude oil prices as well a weakening ringgit against the US dollar. 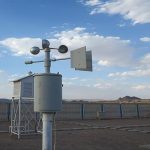 1 thought on “Palm oil likely to trade on downside bias next week ; Jim Teh forecast”