SINGAPORE: Palm oil faces a resistance at 4,071 ringgit per tonne, it may hover below this level or retrace towards a support zone of 3,924 ringgit to 3,958 ringgit.

The resistance is identified as the 100% projection level of a wave c from 3,776 ringgit.

Even though the ending point of the wave c remains unknown, the resistance did work well.

It may continue to remain effective over the next one or two days.

On the daily chart, the pattern from Sept. 8 looks like an inverted head-and-shoulders, which suggests a target of 4,495 ringgit.

A projection analysis reveals a resistance at 4,070 ringgit, which is almost identical to the one at 4,071 ringgit on hourly chart.

They are likely to force palm oil to retrace towards 3,891 ringgit.

While crude oil edged above $84 per barrel on Wednesday, rebounding from two-week lows.

As the European Union’s latest sanctions on Russian crude threatened to undermine a planned release of emergency oil reserves by the US.

The EU would impose shipping restrictions on tankers transporting Russian crude above an agreed price threshold, forcing shipowners to adhere to the Group of Seven agreement to cap the price of Russian oil. 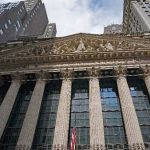 Next Article Oil Seeds production will increase by 3% in Europe in the 2022/23 ; USDA

KARACHI : Recent flash floods In Pakistan, induced by climate change, have damaged an estimated 8.3 million acres of crops, with over 3.4 million acres […]

Gold prices rose toward $1,650 an ounce on Monday, recouping some losses from last week on technical buying, while benefiting from a slight retreat in […]