Malaysian palm futures rose above MYR 4,700 per tonne at the end of December, extending last week’s gains of more than 5.5%. On Friday alone, prices jumped 3.8%, the biggest increase since August 11th, amid lower production prospects coupled with better exports. In addition, soybean oil, which is an easy substitute for palm oil, is set to become less attractive as soybean prices reached four-months highs because of dry weather in South America while flooding hit plantations in second-biggest grower Malaysia. Elsewhere, a report showed that crude palm oil output in top exporter Indonesia is expected to rise 2.6% next year to 51.01 million tonnes from a 2021 estimate of 49.71 million tonnes, while demand for exports is seen rising to 27.9 million tonnes, versus 27.08 million tonnes expected in 2021. 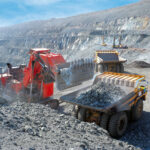 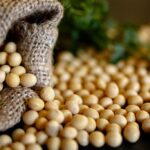 Brent Crude: Oil rose more than 5% to above $121 per barrel on Wednesday, after Russia pledged that the storm in the Black Sea damaged […]

crude oil slumps as surge in Large quantity of US Stockpiles

WTI: Crude oil fell below $85 per barrel  after gaining almost 1% in the previous session, as an industry report pointed to a large build […]

Crude Oil :  IEA Executive Director Fatih Birol stated over the weekend that China’s economy could be poised for a stronger-than-anticipated rebound that will boost […]