Malaysian palm oil: Market rebounded on Thursday after falling to nearly a 20-month low in the previous session on expectations of good export data and a weaker ringgit.

The underlying palm oil contract for December delivery on the Bursa Malaysia derivatives exchange rose 3.63% to RM3,343 ($721.56) a tonne by late afternoon trading.

The contract broke a five-session losing streak, during which it fell by about 17%, according to oilworld.ru, citing Reuters.

“Today is a correction day on the back of a slightly supportive external market, a weak ringgit and potentially better export data tomorrow,” said a palm oil trader from Kuala Lumpur. A weaker ringgit makes palm oil cheaper for buyers holding US currency.

According to cargo inspectors, from September 1 to September 25, exports increased by 18.6-20.9% compared to the previous month. On Friday, they will release data on Malaysian palm oil exports for the entire month.

Palm oil is affected by price fluctuations in related oils as they compete for share in the global vegetable oil market.

The Malaysian ringgit fell to a record low on Thursday as a strong US dollar continued to put pressure on most Asian currencies.

Reuters technical analyst Wang Tao said the price of palm oil is expected to jump in the RM3,360-3,427 range as it found support at RM3,243 per tonne 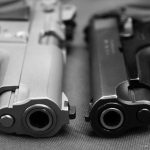 Today currency rate and dollar position in Pakistan according to international currencies as of 1st November 2022. The latest prices of USD to PKR, EUR […]

SUGAR: futures on ICE rose to above 18.5 cents per pound in the second week of October, hovering around the highest level in over two […]

KARACHI: In a bid to avert any shortage of ghee/cooking oil in Ramazan, the Ministry of Industries (MoI) and the State Bank of Pakistan (SBP) […]