KARACHI: The Pakistani rupee has continued to strengthen on the ninth successive working day, as it appreciated by a fresh 0.76% (or Rs1.70) to close at a new one-month high of Rs223.94 against the US dollar in the interbank market on Wednesday.

The domestic currency has continued to gain ground against the greenback as exporters have maintained selling dollars on forward counters to avert major losses if the rupee appreciates below Rs200 in the days and weeks to come.

The rupee has also maintained an uptrend in the backdrop of an ongoing probe against eight banks allegedly been involved in rupee manipulation to record low at around Rs240. The rupee hit an all-time low around that level during former finance minister Miftah Ismail’s office term in July 2022.

Later, the rupee made a brief recovery and returned to a downturn. Accordingly, it fell by 12% (or Rs25) again in 15 consecutive working days, nearly hitting July’s all-time low level, in September, a few days before Dar returned to Pakistan from self-exile.

The surprising part of the rally in the rupee these days is that it has continued to recover against the US dollar at a time when almost all the other major global currencies, including the euro and British pound, are losing against the greenback.

Even in wake of a major cut of 1.1 million barrels per day in fuel output by OPEC and non-OPEC oil producing and exporting countries, and international oil prices bouncing back to over $90 per barrel, the rupee has maintained its uptrend.

Thirdly, the country’s foreign exchange reserves have continued to drop to critically low levels despite the receipt of a loan tranche worth $1 billion from the International Monetary Fund (IMF) about a month ago.

The country’s exports also suffered a nominal drop of 1% in September. More importantly, the top exporting sector – textiles – has started reporting partial closure due to non-availability of quality cotton following flash floods having washed away a notable volume of the commodity in the fields 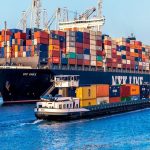 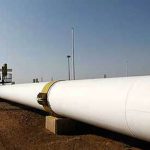 Next Article Iran To Sign Oil, Gas Agreements With Russia Within 6 Months

Tariff Of Electricity Will Increases Up To 7.50 Per Unit, Condition’s Of IMF

ISLAMABAD: International Monetary Fund (IMF) has reportedly sought an increase in electricity tariff up to 7.50 rupees per unit across the board, to recover over […]

ISLAMABAD:  Federal Board of Revenue (FBR) has achieved yet another milestone on Monday by crossing revenue collection figure of Rs 2 trillion, a month earlier […]