Edible Oil : Russia “will not accept” a price cap on its oil and is analysing how to respond, the Kremlin said in comments reported on Saturday, in response to a deal by Western powers aimed at limiting a key source of funding for its war in Ukraine.

“We will not accept this cap,” RIA news agency quoted him as saying. He added that Russia would conduct a rapid analysis of the agreement and respond after that, RIA reported.

Russia has repeatedly said it will not supply oil to countries that implement the cap – a stance reaffirmed by Mikhail Ulyanov, Moscow’s ambassador to international organisations in Vienna, in posts on social media on Saturday 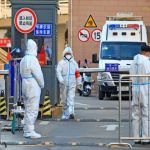 Pakistan and China Will expand cooperation In key areas of Trade

Pakistan has consumed most of its oil and gas reserves

ISLAMABAD: Pakistan’s energy landscape appears bleak in the coming years as the country has consumed 79.8% of the total oil reserves and 66.6% of […]