Market News (B-Trams) : The Russia side is suspending the “grocery” (“grain”) deal starting from Saturday and for an indefinite period, the Russian Foreign Ministry said. the grain deal which Expires 0n Nov 19 ,2022

Earlier Russia told a top United Nations representative that the extension of a landmark of Russian Black Sea grain deal was dependent on the West easing Russia’s own agricultural and fertiliser exports, the defence ministry said in a statement.

however, Russia says the impact of Western sanctions on logistics, payments, shipping and insurance preven

ts it from exporting fertilisers and chemicals like ammonia and that easing those restrictions was a key part of the deal, brokered in July by Turkey and the United Nations which will disclose soon.

While World Garin Market Earlier In Chicago Mercantile Exchange wheat futures ended trading lower as a stronger dollar made U.S. grain less attractive to importers. As a result of the trading day, December quotations of soft winter wheat CBOT in Chicago fell to – $308.09 per ton, December futures of hard winter wheat KCBT in Kansas City – up to $342.54 per ton, December futures of hard spring wheat MGEX slightly decreased – to $349 ,24.

US corn futures fell on Thursday due to low export demand. Traders were disappointed as the US Department of Agriculture (USDA) reported weekly US corn export sales of 264,000 tons for the week ending Oct. 20. This is below the low end of analysts’ estimates, which ranged from 350,000 to 1.075 million tons.

“Corn export sales remain sluggish,” said Don Roose, president of US Commodities brokerage in Iowa. “This market is based on demand.”

The United States faces competition from South America for export sales. The Buenos Aires Grain Exchange said recent rains have improved conditions for the development of 2022/23 corn and wheat crops in drought-stricken Argentina. 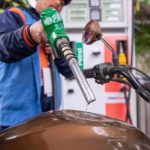 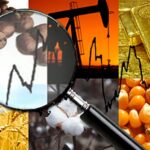 ISLAMABAD: Ministry of Housing and Works Secretary Iftikhar Ali Shallwani has said that the government is planning to provide low-cost houses units to the low-income […]

ISLAMABAD: President Dr Arif Alvi while upholding a decision of the Banking Mohtasib, has directed the United Bank Ltd (UBL) to refund the swindled amount […]