RUSSIA(B-Trams): Russia told a top United Nations representative that the extension of a landmark of Russian Black Sea grain deal was dependent on the West easing Russia’s own agricultural and fertiliser exports, the defence ministry said in a statement.

Russia says the impact of Western sanctions on logistics, payments, shipping and insurance prevents it from exporting fertilisers and chemicals like ammonia and that easing those restrictions was a key part of the deal, brokered in July by Turkey and the United Nations.

Russian missiles crashed into infrastructure targets across Ukraine on Tuesday morning as Moscow stepped up what looked like a deliberate campaign to destroy electricity and water facilities before winter.

* The northern Ukrainian city of Zhytomyr was left without water and electricity supply after Russian air strikes, its mayor said.

* A Russian missile struck an apartment building in the southern port city Mykolaiv, in one of three explosions heard there in the early hours, a Reuters witness said. 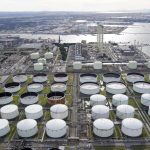 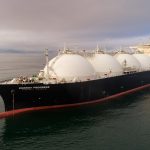 The Federal Reserve raised the target range for the federal funds rate by 75bps to 3.75%-4% during its November 2022 meeting. It marks a sixth […]