MOSCOW: Saudi Arabia denies that the decision of the alliance of Organization of the Petroleum Exporting Countries and non-cartel producers (OPEC+) to decrease oil production was politically motivated against some states, the foreign ministry said on Thursday.

“The Government of the Kingdom of Saudi Arabia would first like to express its total rejection of these statements that are not based on facts, and which are based on portraying the OPEC+ decision out of its purely economic context. This decision was taken unanimously by all member states of the OPEC+ group,” the ministry said in a statement.

The ministry emphasized that postponing the OPEC+ decision for a month, suggested by the United States, would have had negative economic consequences.

At the same time, the ministry indicated support for resolutions of the United Nations regarding the situation in Ukraine.

“The Kingdom affirms that it views its relationship with the United States of America as a strategic one that serves common interests of both countries,” the statement read.

OPEC+ alliance agreed last week to cut oil production by 2 million barrels per day from November and will take production levels agreed for August as a reference point.

The move was made in response to uncertainty in global oil market outlooks, in part caused by Western sanctions on Russian energy deliveries and the G7 plans to introduce a price cap on Russian crude. The decision received backlash from the US, which demanded an increase in production to combat rising domestic prices. 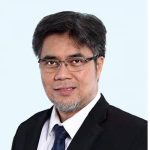 Next Article Internationally And Domestically Gold Prices In Pakistan

WTI crude oil prices eased toward $75 per barrel on Wednesday after rallying about 6% in the past two sessions, as investors cautiously awaited the […]