DUBAI: The Kingdom of Saudi Arabia (KSA) said it could increase its investments in the cash-strapped Pakistan economy to $10 billion, the Saudi state news agency reported on Tuesday, as well as increase the ceiling on deposits into the Pakistan central bank to $5 billion.

Crown Prince Mohammed bin Salman has directed a study to increase Saudi Arabian investments to $10 billion, from the previous $1 billion announced in August, the news agency reported citing a statement from the Crown Prince.

He has also asked the Saudi Development Fund (SDF) to consider raising the ceiling for Saudi deposits into the Pakistan central bank as part of measures to support the struggling economy.

Saudi Arabia expected to beef up its deposits in Pakistan: Ishaq Dar

Last month, the Saudis extended the terms of an existing $3 billion deposit in the central bank it made in 2021.

On Monday, international donors – including Saudi Arabia – committed over $9 billion to help Pakistan recover from ruinous floods last year, exceeding its external financing goals, at a Geneva meeting co-hosted by the United Nations and Pakistan’s government.

Previous Article Steel Prices In The Country Rose All-Time High , As Shortage Of Raw Material By Not Opening LCs 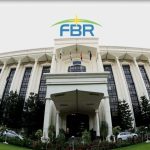