ISLAMABAD: As the Pakistani currency tested a new all-time low of Rs240 against the dollar in early trading on Wednesday, country’s top policymakers described the current economic situation as “worrisome” and “stressful”, as a parliamentary hearing confirmed reports that commercial banks quoted high dollar rates that caused more volatility in the exchange market.

In a hearing by the Senate Standing Committee on Finance, the representatives of eight commercial banks that were issued show-caused notices did not deny that they quoted higher dollar rates against the rupee. But each one gave his own justification, essentially throwing blame on dollar shortage in the market.

Dr Aisha Pasha, the minister of state for finance, described the current situation of currency as “worrisome and not the best time to manage the economy”.

Dr Inayat Hussain, the deputy governor of the State Bank of Pakistan, said that the situation was “stressful”.

The committee, headed by Senator Saleem Mandviwalla, had summoned the representatives of eight commercial banks that were issued show-cause notices by the central bank on suspicion of currency manipulation.

The central bank deputy governor said that these banks had been served show-cause notices as they quoted higher dollar currency rates to importers on some of the transactions and made substantial profits.

The eight banks had been picked for inspection based on their trade volumes and “substantial profits” that they made till the end of June, the deputy governor said.
“The banks quoted very high rates on some of the transactions, which created more volatility and uncertainty,” Dr Hussain said.

The hearing took place the day Pakistan’s currency rupee touched its lowest ebb of Rs240 to a dollar, partly due to the roles played by these banks, according to an analyst.
But towards the end of the day the currency recovered partially and closed at Rs239.65.

The deputy governor said that it was a very stressful situation for both the central bank and the commercial banks. “We are forced to impose trade restrictions on 15-20% of the total imports due to the gap between foreign inflows and outflows,” he said.

“Till the time the outflows balance with the inflows, these restrictions will remain in place,” he added, indicating that the tight conditions would continue for a while,

The senators raised questions about the delay in opening of the letter of credits (LCs) – an instrument of international trade – and timely payments of the maturing import payments.

“We have been receiving requests for the opening of the LCs but are discouraging only those LCs where the nature of payments is in advance or the imports are not of essential nature,” the deputy governor said.
He noted that so far permission for about 8,000 LCs had been granted since the imposition of these restrictions.

“The LCs are timely cleared and where possible, the banks in consultation with their clients, are availing the grace period of three to five days from the date of maturity of the LC,” Dr Hussain said.

But the deputy governor maintained that banks were running substantially negative open position and were selling more dollars than they held. “Due to high volatility, the banks have increased their spreads to cover up their losses,” he added.

“Economy is in a tailspin and the dollar is out of control,” Senator Mohsin Aziz of the PTI said.

“It is a slippery slope that the banks buy from the exporters,” Shaukat Tarin, the former finance minister, observed.

“The rupee did not make drastic improvement after the revival of the IMF programme because the markets had already adjusted the value in an anticipation of its revival,” Dr Aisha said. “Pakistan is passing through a worrisome period and it is not the best of time to manage the economy.”

The representatives of the commercial banks presented their own justification but none could deny that they quoted higher dollar rates to the importers on some transactions.

“There is a strong feeling that the banks are exploiting the situation,” Senator Aziz observed. Now, because of a huge gap between the interbank and the open market rates, the exports and remittances proceeds may also fall that could push the country towards default, he added.

He tried to justify the higher profits by saying that the banks margins were the same but the profits increased due to high volume of trades.

“Yes, we had a couple of good months but also a couple of bad months now,” the UBL president said. “Due to high volatility, the banks are squaring up their positions.”

He claimed that the UBL had sustained $7-$8 million exchange rate losses in September alone. “The dollar will continue to strengthen due to high current account deficit.”

The HBL representative said that the banks were unable to buy dollars from the market due to the shortage and there was a need to further clamp down the imports to restore the confidence.

The ABL representative argued that the banks built up profits to absorb losses due to high volatility. He said that the ABL sustained Rs700 million exchange rate losses in September.

“Reading the market is very difficult in this situation and we make and lose money,” the ABL representative said.

The Bank Al Habib official maintained that since June, the bank sustained exchange rate losses due to high volatility.

“Over-charging was not systemic but an error of judgment,” the Standard Chartered Bank representative said.

The Meezan Bank representative said, “We may have priced to a certain level to cover ourselves.”

Similarly, the HabibMetro Bank representative also said that the risk premium was charged because of high volatility.

“Pakistan is in a perfect storm but the situation may improve once about $2.7 billion inflows from foreign creditors materialise, including $1.5 billion from the ADB,” Dr Aisha said.

Former information minister Shibli Faraz noted that the banks were delaying clearance of the $1 billion LC that had matured but were not paid.
The central bank and the representatives of the commercial banks denied the claim. 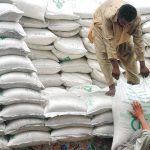 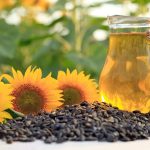 ISLAMABAD : The imported phones and mobiles has witnessed a decreased of 64.38 percent during the first two months of the current fiscal year (2022-23) […]

KUALA LUMPUR: Crude palm oil (CPO) futures contracts on Bursa Malaysia Derivatives are expected to trade with a downward bias this week, given the country’s […]