KARACHI : A massive power breakdown hit Sindh and Punjab on Thursday, after a “fault in the country’s southern transmission system”, said the Ministry of Energy.

Power supply has also been disrupted in various cities of Punjab including Rajanpur, Rahim Yar Khan.

“Due to an accidental fault in the country’s southern transmission system, several southern power plants are tripping in stages, which is disrupting the transmission of electricity in the southern part of the country,” said the Ministry of Energy in a tweet post.

“The Ministry of Energy is diligently investigating the cause of the outage and the sindh and punjab  power system will be fully restored as soon as possible after breakdown ,” it added.

Meanwhile, sources at National Transmission and Despatch Company (NTDC) informed that the 500-KV system across the country is not working. The reasons are still being ascertained, they said. 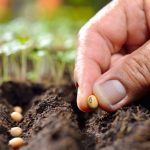 The 66% of forex spent on fuel imports in Pakistan

LAHORE: Pakistan’s reliance on costly imported fuel continues to grow in parallel to the increasing energy needs causing stagnation in the sector. Pakistan is currently […]