Soybean Futures Were Trade At $14.5 Per Bushel

CHICAGO: Soybean futures were at $14.5 per bushel in September, extending its trade to upward trend after touching a 7-month low of $1,300 in July as concerns of low supply have offset expectations of lower demand due to a slowing global economy.

In its latest WASDE report, the USDA unexpectedly and sharply cut projections of domestic soybean production, crush, exports, and ending stocks, as poor weather conditions in main growing regions led to forecasts of harvested area being slashed by 600,000 acres and yields by nearly 3% for the next marketing year.

In the meantime, the third consecutive La Nina and consequent hot and dry weather hampered production outlooks in major producers Argentina and Brazil.

Serious supply concerns drove soybean Futures trade and other crops produced in the Americas, such as corn, to diverge from and outperform the downturn in prices of oil and agricultural commodities that have declined since July due to worldwide recession concerns. 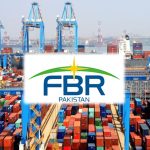 Bean Outlook: Everyone wants to know how bad the South American bean yields will be. Unfortunately, it is extremely difficult to predict upcoming bean yields […]

Russia Exports Oil To Pakistan: Payments Will be In Currencies of ‘Friendly’ States

ISLAMABAD: Russia will start exporting crude oil to Pakistan after March which Islamabad will pay for in currencies of “friendly countries”, Russia’s energy minister said […]