SINGAPORE: Chicago Soybean Oil lost ground on Tuesday, with prices dropping for the first time in four sessions, as expectations of an all-time high Brazilian crop and concerns over economic growth in top consumer China weighed on the market.

Wheat fell, while corn slid from a two-week high.

Brazilian soybean growers will harvest a record soy crop just below 153 million tonnes in the 2022/2023 cycle, driven by a rise in planted area and favourable weather in most parts of the country, according to a Reuters poll on Monday.

Many Asia shares slipped after Beijing released weak fourth-quarter economic data, although investors’ expectations for a strong China rebound remained high even as the global economy edges closer to recession.

Russian wheat prices in mid-January are down slightly amid increased competition from other exporters and high supply volumes, analysts said on Monday. 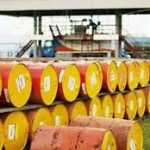 Next Article Ministry, SBP admit to take measures for clearance of palm oil stuck at warehouses

Palm Oil Trade Below 6,100 Riggint Per Tonne Due To Low Demand From China And Rumors Of Diplomatic Solutions Among Russia And Ukraine

MALAYSIA: palm oil futures extended losses to below MRY 6,100 per tonne, the lowest in over three weeks and are now more than 15% below […]