Market News : Soybeans oil internationally extended gains to $14.7 per bushel, the highest in ten weeks, on renewed expectations of strong demand from top importer China following news the country was ramping up its vaccination programmes aimed at quashing Covid numbers.

On the supply side, the upcoming soy season is likely to be affected by a lack of rain, while farmers are unincentivized to invest in planting due to the La Nina climate pattern.

According to agribusiness consultancy AgRural, Brazilian soybeans planting reached 87% of the estimated area in the 2022/2023 cycle amid dryness in some center-western farms that has growers concerned.

While In Pakistan Minister for National food Security and Research Tariq Bashir Cheema said here on Wednesday that import of Genetically Modified Organism (GMO) seeds of soyabeans was banned into the country due to its negative impact on human health and environment.

Briefing the National Assembly’s Standing Committee on Food Security and Research, the minister said, health protection, safety and security of the people in the country was prime objective of the government.

He said, the government would never allow import of anything that had been banned abroad for being dangerous for human health and had environmental hazards.

He informed the committee that the import of GMO soya bean seed was banned since 2019, adding recently Pakistan Customs had confiscated nine (9) ships that were illegally carrying the soybeans commodity for producing oil and poultry feed to supply to local poultry industry.

He said that the Custom Intelligence had seized these consignments because it was considered to be a major cause of cancer spread, adding that import of such items would never be allowed.

He informed the committee that import of non-GMO seed was allowed and the government was ready to support local poultry feed manufacturing industry on its imports.

The minister further apprised the meeting that the Department of Plant Protection and Ministry of National Food Security were consensually operating in accordance with the rules and regulations and accordingly they did not allow the import of any banned item.

Tariq Bashir Cheema apprised the meeting that the matter was also discussed in the meeting of Federal Cabinet and Prime Minister had formed a committee comprising different ministers for looking into the matter and find out solutions to ensure smooth supply of safe poultry feed.

The Chairman of the committee Rao Muhammad Ajmal said that he was also doing poultry business and owned about 12 farms, adding that out of the total 10 were shut down and only 02 farms were operational.

He said that aim of the meeting was to find out solution faced to local poultry industry in order to provide chicken and eggs to local consumers on affordable rates. 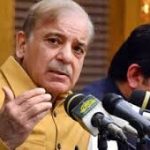 Chicago Soybeans: futures were trading around the $16 per bushel not far from a record high of $17.5 hit in late April supported by prospects […]