KARACHI: Pakistan has successfully made a repayment of $1 billion against a matured international Sukuk (Shariah-compliant bond) three days ahead of schedule on Friday, December 2, dismissing the perception of its default on the payment.

As per the actual schedule, the country was to return the maturing investment in the US dollar-denominated global bond on Monday.

“Yes, we have made the payment of $1 billion,” State Bank of Pakistan (SBP) Spokesperson Abid Qamar confirmed to The Express Tribune.

The bank has made the payment to Citigroup which would transfer the funds onward to the investors.

Earlier, the risk of default – measured through a 5-year credit default swap (CDS) – hit a record high of 123% last month, building strongly on the perception that the country would fail to arrange the payment amid its low foreign exchange reserves.

Finance Minister Ishaq Dar, former finance minister Miftah Ismail, and SBP Governor Jameel Ahmad reiterated Pakistan would not default on any of its international payments and it would make all payments as per schedule. “It has more than the required foreign currency reserves,” Ahmad said last month.

The perception about Pakistan’s likely default formed when Sri Lanka defaulted on its global bond repayments after its reserves diminished earlier this year. The nation faced an acute shortage of medicines, petroleum products, and foods as well as a political crisis. 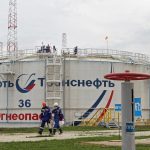 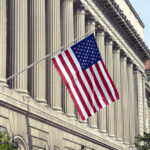