ISLAMABAD: In line with market expectations, the Monetary Policy Committee (MPC) of the State Bank of Pakistan (SBP) announced an interest rate hike of 100 basis points, taking it to 17%. This is the highest level of the key policy rate since October 1997.

“The rationale behind the rate rate hike was that inflationary pressure persists,” said Ahmad.

“Secondly, challenges pertaining to the current account deficit remain as there is a delay over expected inflows. This has added pressure on our foreign exchange reserves,” he said.

In its previous policy meeting in November last year, the central bank had pushed the rate by 100 basis points to 16%. It has now raised rates by a total of 725 bps since January 2022.

A majority of market experts had predicted a rate hike by 100 basis points to 17%, as the country struggles to rein in persistently high inflation.

A handout on the MPC meeting said that the committee noted that inflationary pressures are persisting and continue to be broad-based.

“Despite some moderation in November and December, inflation continues to remain elevated. Importantly, core inflation has been on a rising trend for the past 10 months. Moreover, the recent pulse surveys show inching up of consumers and business inflation expectations.

“Second, near-term challenges for the external sector have increased despite the policy-induced contraction in the current account deficit. The lack of fresh financial inflows and ongoing debt repayments have led to a continuous drawdown in official reserves.

“Third, the global economic and financial conditions broadly remain uncertain in the near-to-short term, leading to mixed implications for the domestic economy. The expected slowdown in global demand could negatively impact the outlook of exports and workers’ remittances for emerging economies, including Pakistan.

This would partly offset the gains from the import contraction. On the flip side, some moderation in the international commodity prices may help reduce inflation, and the improvement in global financial conditions may also provide some relief on the external sector.” 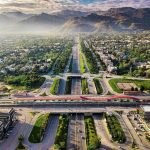 ISLAMABAD: Prime Minister Shehbaz Sharif said on Friday that Saudi Arabia is ready to establish US$9-10 billion oil refinery in the country. Addressing the passing […]