The 66% of forex spent on fuel imports in Pakistan

LAHORE: Pakistan’s reliance on costly imported fuel continues to grow in parallel to the increasing energy needs causing stagnation in the sector.

Pakistan is currently spending approximately $21.43 billion annually on fuel imports, which is about 66% of its total foreign exchange reserves. Hence, the switch to or focus on indigenous resources is becoming a ‘must’ in order to meet the growing energy demands of the country.

It is worth noting that coal-fired powerplants in Pakistan import coal mainly from South Africa and Indonesia, and this imported coal has incurred a major price surge of late. The delivered price of South African coal increased from $177 per tonne to $407 per tonne during the last one year only. Keeping this in view, a proposal to convert imported coal-based powerplants already set up in the country to Thar coal is under consideration, the report added.

“The Private Power and Infrastructure Board (PPIB) is leading the process. It apprised that as per the initial findings, imported coal powerplants can use Thar coal for some percentage without making any modification to their powerplants,” stated the report. Nepra believes that maximum utilisation of local coal needs to be encouraged and utilised to reduce reliance on imported fuel.

It is pertinent to mention that 3.8 million tonnes of coal per annum was being mined from Thar coal field by the Sindh Engro Coal Mining Company (SECMC) and the recent commercial operations date (COD) of phase-II of the mine has now pushed coal production to 7.6 million tonnes per annum.

This expansion will further reduce coal prices from its current $65 per tonne to around $46 per tonne which in turn, will power an additional capacity of 660MWs for the Thar coal based independent power producers (IPP).

In the phase-III expansion, approved last year, production of around 12.2 million tonnes of coal from Thar Block-II is expected to be achieved by early 2024. This is important because of the impact it will have on price – which will stand under $30 per tonne.

In addition, given the unprecedently high prices of imported fuel, Thar coal expansion III could also provide a huge relief to Pakistan’s forex reserves, with savings of approximately $2.5 billion, it read.

The report added that enhancing the share of electricity based on indigenous energy supplies is crucial to ensure energy security, self-reliance, affordability, sustainability, and reduction in dependency on imported fuel-based generation. 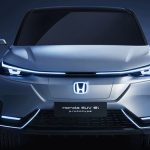 Internationally Gold Prices held near $1,780 an ounce in subdued trade on Tuesday after losing nearly 1% in the previous session, as investors braced for […]