ISLAMABAD: Ishaq Dar, the finance minister of Pakistan, reaffirmed that the nation would not declare bankruptcy amid worries about the economy, according to The sources, Dar admitted that Pakistan is not going to be default it is in a difficult situation in his speech at a ceremony on Wednesday at the Pakistan Stock Exchange, but he emphasized that the nation will “survive” as long as things are managed. 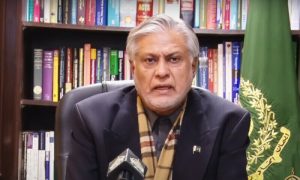 “How will there be a default? There is no chance that Pakistan will default,” The News International quoted Ishaq Dar as saying.

“I can prove to anyone in a discussion that Pakistan will not default but our problem is that for petty politics and objectives, we are harming the country,” he added.

Ishaq Dar said that Pakistan did not approach the Paris Club and paid the bonds in time. He stressed that Pakistan was on the verge of default in 2013. However, their government was able to move the country out of the crisis by using “good economic steps.” He called on the business community to allocate some time as they have a “big role to play” in boosting Pakistan’s economy.

“The economic conditions were extremely bad in 2013 but we stabilized the economy in three years. Pakistan was on the verge of default in 2013 but we steered out of the crisis through good economic steps,” The Express Tribune reported citing the minister.

Furthermore, Dar stated that he is of the opinion that Pakistan has a beautiful future, however, the country was put in a situation that it doesn’t deserve. He called on the people of Pakistan to work together. Pakistan’s FINANCE MINISTER said that he is not at fault as the country’s reserves are not USD 24 billion as they used to be in 2016.

“That is not my fault. The fault is in the system and we must ensure Pakistan goes forward,” Dar said.

According to the source, the State Bank of Pakistan stated in its annual report earlier on December 24 that the incumbent government failed to prioritize growth for the fiscal year FY23, which led to a decline in growth. The Pakistani government has sacrificed growth, but it has failed to achieve price stability and financial stability.

The State Bank of Pakistan predicted that growth in FY23 would be less than the low range indicated for the year in the report on the “State of the Economy for the fiscal year FY22,” according to the source. It went on to say that the growth rate would stay below 3 to 4%. Read Morre…

The central bank of Pakistan stated in its annual report, citing international experience, that nations that prioritize growth over pricing and financial stability are unable to “sustain growth and suffer repeated boom-bust cycles followed by financial crisis.” According to the research, the abrupt decline in growth has led to significant layoffs in the commerce and industrial sectors. 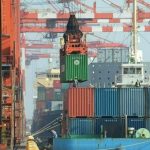 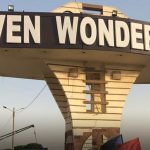