KARACHI:The crisis of shortage of raw materials has further intensified in industries across the country due to non-availability of foreign exchange and many industries are fearful of closure, if serious efforts are not made to resolve the issue of Letter of Credits (LCs) opening immediately.

A number of leading industries are also likely to suspend their operations in January and February 2023 due to unavailability of raw material, resulting in lay off of thousands of workers and it can create unrest in Karachi and increase in street crimes.

The restriction on LCs has also forced the traders to protest on the roads for their demands. Commodity and timber traders staged a protest at the State Bank on Thursday and demanded immediate payment of foreign exchange as thousands of containers of imported items are stuck at ports.

The State Bank, on December 28, 2022, has already withdrawn restrictions of prior permission on import transactions and directed the banks to prioritize/facilitate imports related to essential items, energy, agriculture inputs, imports by export-oriented industry, and imports on deferred payment basis. As the same, the SBP advised ADs to actively engage with customers to process their requests, keeping in view the customers’ risk profile and liquidity conditions prevailing in the foreign exchange market.

Industry sources have urged the federal government to allow opening LCs of at least 70 percent production of the plants. The industries will have no other option except suspension of operations and layoff of workers, if LCs’ opening is not allowed in this week. There is a very lengthy process of import of raw material and resumption of industrialization will take some time, they added.

Industry sources said the lower industrial input would also hit the GDP growth, which was already estimated 2-3 percent during this fiscal year.

On the other side, the SBP has decided to initiate the consultation sessions with the trade and industry representatives and Governor SBP Jameel Ahmed will visit the Federation of Pakistan Chamber of Commerce and Industry (FPCCI) and Karachi Chamber of Commerce and Industry (KCCI) during next week to discuss the various issues particularly related to foreign exchange and LCs. 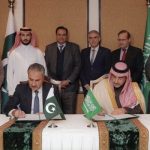 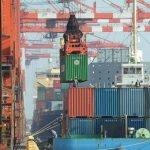 BEIJING: Pakistan sesame seeds export to China surged to $ 59.09 million in the first nine months of the current year 2022, showing a growth […]

ISLAMABAD: The revenue collection by Federal Board of Revenue (FBR) witnessed growth of 28.4 percent during the first eleven months of the current fiscal year […]

New high-yielding rice seed to be available from next season