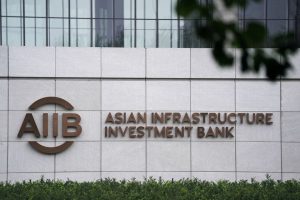 In a major boost to the depleting forex reserves of Pakistan, the government on Tuesday received $500 million Loans from the Asian Infrastructure Investment Bank (AIIB).

In a statement, the Ministry of Finance said: “The funds are deposited with SBP and will augment our reserves. Finance Minister Ishaq Dar also confirmed the news via a tweet.

Asian Infrastructure Investment Bank (AIIB) has transferred today, as per their Board’s approval, to State Bank of Pakistan/Government of Pakistan US $ 500 million loans as program financing,” he wrote on his official Twitter account.

Earlier, Finance Minister Ishaq Dar had said that Pakistan would receive $500 million as co-financing for the BRACE development program from the AIIB. The BRACE (Building Resilience with Active Counteryclical Expenditures Program) is an Asian Development Bank financing programme to counter the social fallouts of economic crisis.

The inflows will help the government deal with the impact of the immediate shocks to the economy and reinforce the structural reforms that are necessary to improve the country’s medium- to long-term macroeconomic prospects, while at the same time reflecting a slight jump in its forex reserves in next week’s update.

In October, Last month, the ADB approved $1.5 billion in financing to assist Pakistan in providing social protection, promoting food security, and supporting its population. The central bank at the time announced that it had received $1.5bn from the ADB “as disbursement of policy-based loan for the government of Pakistan”.

The loan, provided under the BRACE Programme, was provided to fund the government’s $2.3bn countercyclical development expenditure programme designed to cushion the impacts of external shocks, including the Russian invasion of Ukraine.
The governor noted that $500 million from AIIB was expected to land in central bank reserves on Tuesday.

He also said Pakistan will repay a $1 billion international bond on December 2, three days before its due date. The bond repayment, which matures on December 5, totals $1.08 billion, Ahmad told the briefing, according to two analysts who were present.

BEIJING:Leading Chinese companies have shown keen interest in investing in Pakistan’s solar , water and other infrastructure projects during the visit of Prime Minister Shehbaz […]