In the table below, you can see the today gold rate in Pakistan for different cities as of 31st August 2022. Here, you can find the gold rate for 24k and 22k gold for 31st August 2022 in Karachi, Lahore, Islamabad, Rawalpindi, Peshawar, Quetta, and many other cities.

Gold prices hovered near one-month lows around $1,720 an ounce on Wednesday and were headed for a fifth straight monthly drop.

As the US Federal Reserve indicated its commitment in fighting inflation by keeping interest rates higher for longer.

The metal is down more than 2% so far in August, reversing all the gains made earlier in the month.

Elsewhere, the European Central Bank is reportedly considering a bigger 75 basis point rate hike to tackle inflation ahead of its policy meeting next week. 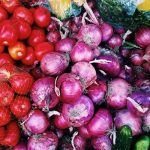 Previous Article Importers of onion, tomatoes to be facilitated for ensuring price stability

Gold Prices held its recent decline to below $1,800 an ounce and was set to end the week little changed, having been whipsawed during the period […]

BEIJING: The average daily china coal production was equivalent to 13 million tonnes, according to data from the National Bureau of Statistics, which compares to […]

As per the Sarafa Association of Pakistan, per tola todays gold rate in Pakistan for 24K is 135,800. Similarly, per 10 grams today gold rate […]