Today Internationally And Domestically Gold Prices In Pakistan On Jan 10 , 2023

Gold Prices fell to around $1,872 an ounce on Tuesday, after reaching its strongest levels in eight months amid a general dollar weakness, as a slowdown in wage growth and a surprise contraction in services activity in the US tempered expectations that the Federal Reserve will continue to hike rates aggressively.

US nonfarm payrolls rose by 223,000 jobs in December, posting slightly above expectations but a 0.3% rise in average earnings was smaller than projected and slowed from a 0.4% increase in November.

ISM data also showed that US services sector activity unexpectedly contracted in December at the steepest pace in 2-½ years amid weakening demand.

Meanwhile, minutes of the FOMC’s December meeting showed that policymakers committed to pushing rates higher and holding them at a restrictive level until there were clear signs that inflation was easing.

Here is the detailed table of gold rates in Pakistan today As Per Sarafah Bazaar Association for 10th January 2023. 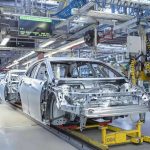 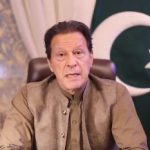 Gold Rates rose above $1,740 an ounce on Tuesday, snapping a four-day decline as the dollar pulled back from a recent high, with investors bracing for […]