The country’s 2022/23 soybean crop is expected to reach 154.35 million tonnes, above previously expectations of 153.8 million previously, according to StoneX.

On the demand side, China’s soybean oil supply imports surged 12% yoy to 7.72 million tonnes in September, and also higher than August imports of 7.17 million tonnes as the country urges to rebuild stocks.

Elsewhere, Russia announced that it agreed to resume the trade deal guaranteeing a safe corridor for vessels carrying grain after its demands have been met by Ukrainian counterparts..

While the US crude oil inventories fell by 3.115 million barrels in the week ended October 28th, compared with market expectations of a 0.367 million barrel increase.

On the other hand, crude stocks at Cushing, Oklahoma, went up by 1.267 million barrels, following a 0.667 million build; and distillate stockpiles, which include diesel and heating oil, increased by 0.427 million, versus forecasts for a 0.56 million drop. 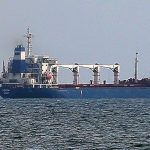 Next Article Brent crude oil Bounces Back Above 96 $

At the critical moment when Pakistan’s economy is passing through an era of stagflation, SEZs are significant for shaping Pakistan’s new ‘industrial identity’, under […]

ISLAMABAD:  Pakistan on Tuesday approved the terms for a new $500 million loan that it is taking, as part of the $2 billion foreign funding […]