Up to date petrol price in Pakistan 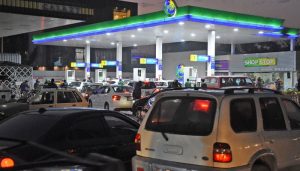 Finance Minister Ishaq Dar on Thursday announced slashing prices of petroleum products by up to Rs10 per litre for the next fortnight.

Dar,in a video address, revealed that the decision has been taken in line with Prime Minister Shehbaz Sharif’s desire to provide “maximum relief to the people”.

He further announced that after a decline of Rs10 per litre the price of kerosene oil and light diesel oil has been further reduced to Rs171.83 and Rs169 per litre, respectively.

Petrol Prices in Pakistan From 16 December 2022

The Latest Diesel and Petrol Prices in Pakistan will remain unchanged from 16 December 2022 for the second half of the month and next fortnight till 31 December 2022.

Earlier, it was reported that Petrol Prices in Pakistan may be reduced by Rs. 15 to 30 per litre since Brent crude rates had witnessed a dip in the international market as it remained around $76 per barrel. However, Pakistan has to collect Rs. 50 per litre Petroleum Levy (PL) on both Petrol and High-Speed Diesel (HSD) as per the agreement with the International Monetary Fund (IMF).

This leaves the Government very little margin for relief as it is currently charging Rs. 50 per litre PL on Petrol and only Rs. 25 per litre PL on Diesel, which needs to be doubled to meet IMF demand. In order to keep its end of the deal, Pakistan must jack up Price of Diesel to collect the additional revenue.

It should be noted that on November 30, while the government kept the price of petrol and diesel unchanged it slashed the price of kerosene oil and light diesel oil by Rs10 per litre and Rs7.5 per litre, respectively.

The finance czar mentioned that since the start of the ongoing quarter (October- December) of the fiscal year 2022-23, the prices have cumulatively declined by: 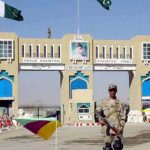 Previous Article One dead, over a dozen injured in fresh warring at Afghan-Pakistani border

ISLAMABAD: Federal Minister for Finance Ishaq Dar Friday announced significant reduction of up to Rs12.63 per litre in petrol prices to pass on the benefit […]