The US budget deficit narrowed to USD 21.3 billion in December 2021, compared with a USD 143.5 billion gap in the same period last year.

ON THE OTHER SIDE:

US stocks were higher on Wednesday, with the Dow Jones rising almost 200 points, the S&P 500 0.5% and the Nasdaq nearly 1% after inflation figures in the US came in line with forecasts, easing concerns that the Fed will need to tighten faster than early announced.

Also, Treasury yields edged lower, giving the tech sector some relief. On the corporate front, Microsoft shares (1.6%) were among the top performers in the Dow while J&J dropped 1.2%.

Also, Biogen shares sank 8% after Medicare said it will only partially cover the Alzheimer’s drug Aduhelm. Traders now turn their attention to the earnings season with Wells Fargo, Citigroup, JPMorgan due to report Friday. 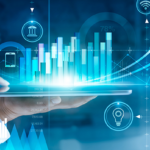 Next Article China’s will promote transformation of digital economy

WASHINGTON: Russia has no doubt that its oil will continue to be in demand on world markets even after the introduction of the price cap, the Russian Embassy in the United States said. The Group of Seven […]