What will Pakistan’s withdrawal from the FATF gray list mean?

ISLAMABAD: The Financial Action Task Force (FATF), a global money laundering and terrorism financing watchdog, starts a two-day meeting in Paris on Thursday and is expected to take up removal of Pakistan from a list of countries under “increased monitoring”.

In a meeting in June, the FATF said it was keeping Pakistan on the list – also known as the “grey list” – but said it might be removed after an on-site visit to verify progress.

Last month, Pakistan’s foreign office said a FATF technical team had conducted a “successful” visit and Islamabad was expecting a “logical conclusion” of the evaluation process in October.

Here are some key points:

What would it mean for Pakistan?

Pakistan was listed in 2018 because of “strategic counter-terrorist financing-related deficiencies.” FATF gave the country a wide-ranging reforms programme.

If removed from the list, Pakistan would essentially receive a reputational boost and get a clean bill of health from the international community on terrorist financing.

While it would not have an impact on the country’s struggling economy as a whole, it would help reduce scrutiny of global transactions involving Pakistan, said economist and former Citigroup banker Yousuf Nazar.

Two large Pakistani banks, HBL and National Bank of Pakistan, paid $225 million in 2017 and $55 million in 2022 respectively in fines imposed by US regulators for compliance failures and anti-money laundering violations.

Removal from the FATF list would provide Pakistan a boost after the country’s sovereign credit rating was downgraded by Moody’s. It would also improve sentiment, important from a foreign direct investment perspective.

The FATF says being on the “grey list” does not mean any extra due diligence measures by financial institutions, but the body does stress the need to consider associated risks when dealing with such countries.

The FATF can call on international financial institutions to close their activities in, and association with, offending countries and push governments to apply financial sanctions if the country is downgraded from the “grey list” to the “black list” or a “high-risk” entity.

There are currently two “black-listed” countries: Iran and North Korea.

What did the programme entail?

Removal from the list would mark the culmination of a four-year reform process that has required far-reaching changes to Pakistan’s financial system, in particular to laws governing money laundering and terrorism financing.

Pakistan was given an action plan by FATF in 2018 to address strategic counter-terrorist financing-related deficiencies by passing legislation and restructuring coordination between law enforcement and financial institutions.

The FATF last said Pakistan has completed all items in its action plan barring one: to demonstrate investigations and prosecutions against senior leaders of UN-designated militant groups. 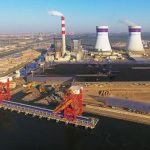 1 thought on “What will Pakistan’s withdrawal from the FATF gray list mean?”

Today Dollar currency rates in Pakistan according to international currencies as of 25th November 2022. The latest prices of USD to PKR, EUR to PKR, […]