Chicago wheat futures traded at $7.8 per bushel, falling from the near two-month high of $8.3 touched on January 25th, amid eased fears of supply disruptions and expectations of lower demand.

Kremlin spokesman Dmitry Peskov signaled that Moscow was not closing the door on diplomacy with the United States regarding security arrangements with NATO in Europe, significantly lowering traders’ concerns that wheat trade in Black Sea ports could be halted.

Up to January 24th, Ukraine has been running a strong export campaign in the 2021/22 marketing year, 29% higher than the previous year, while Russia is the world’s largest exporter. In the meantime, Algeria announced it will reduce its grain imports by 25-26% in the current marketing year. 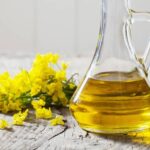 NARC To Provide Over 200 Tons Of Certified Seeds Of Wheat

ISLAMABAD: The National Agriculture Research Center (NARC) would provide over 200 tons high yielding seeds of wheat to growers across the crop sowing areas in the country during […]

Chicago : Wheat futures fell further to $7.1 in early December, the lowest since September 2021 amid strong supply from the world’s major producers […]

ISLAMABAD : Federal Minister for Defence Khawaja Asif said on Saturday that in addition to gas, Russia is also ready to offer wheat to Pakistan […]