Still, futures remain well below prices before the start Ukraine’s invasion in late February. Vessels carrying grain out of Ukrainian Black Sea ports returned to activity after a deal between the Ukrainian and Russian delegations allowed safe trade corridors to alleviate the global food crisis.

Should trade proceed smoothly, Ukraine will be able to sell over 20 million tonnes of grain reported to be accumulated in port silos since its invasion started on February 24, while also clearing much-needed stockpile space for the coming wheat harvest.

Meanwhile, forecasts from the USDA point to the largest decline in global demand in years, as soaring inflation dented demand. In the US, supply, exports, and ending stocks are set to rise. 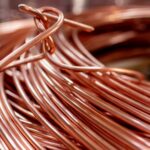 Wheat: increased to an all-time high of 1350 USd/Bu, as the Russian invasion of Ukraine brought supply disruptions from two of the world’s largest producers. […]