JAKARTA: Indonesia has banned coal exports in January due to concerns over low supplies for domestic power plants, local media reported on Saturday, citing a letter sent by the energy ministry.

In a letter cited by local media outlet Kumparan on Saturday, the country’s energy ministry instructed that all coal at harbours should be stored to supply power plants and independent power producers (IPP).

“The export ban will be evaluated and reexamined based on the stock realisation of coal stocks for PLN’s power plants and IPP,” the letter said.

The ministry and PLN did not immediately respond to requests for comment, while the Indonesian Coal Miners Association said it would issue a statement regarding the export ban.

The Southeast Asian country is the world’s biggest exporter of thermal coal, exporting around 400 million tonnes in 2020.

Its biggest customers are China, India, Japan and South Korea. 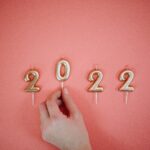 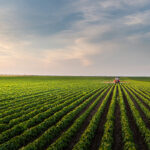 Industrial production In Saudi Arabia the production groeth expanded by 10.3 percent year-on-year in November 2021, accelerating sharply from a 7.7 percent rise in the […]