COTTON MARKET:The world cotton demand is slowly teetering toward the brink. According to USDA’s latest monthly update, global demand is forecast to be down by more than 10 percent since its post-Covid peak. USDA predicts world cotton consumption during 2022-23 at a little under 111 million bales (of 217kg), the lowest in at least a decade (excluding Covid bottom 2019-20).

If USDA is to be believed, world cotton consumption shall drop by 12.3 million bales (of 217kg) during the ongoing year, which is the single largest drop in 2008-09, the year following the last global financial crisis. Meanwhile, the global ending stock-to-use ratio has climbed up to 81 percent, its highest level since 2014-15. Recessionary headwinds are no doubt strong, with grim prospects for the yarn milling segment.

Cotton consumption by the spinning industry is forecast on the lower side across all major producing regions including China, India, Pakistan, Bangladesh, Viet Nam, and Turkey. In fact, China, India, and Pakistan together account for 90 percent of the reduction in cotton demand by the milling segment, year on year. Bangladesh, Viet Nam, and Turkey account for the remainder 8 out of 10 percent.

The trend is already visible in the unsold inventory with the ginneries. Although stuck-up cargoes, delayed import payments, and declined LC issuance requests dominate the news cycle, the local industry hasn’t exactly run out of cotton supply. According to the latest report card by Pakistan Cotton Ginners Association, ginning units were sitting on unsold inventory of 0.65 million bales as of January 03rd, 2023, which is more than double the unsold volume as of last year – 0.31 million bales.

This is despite the fact that domestic cotton arrivals during the ongoing marketing year stood at 4.6 million bales (of 170kg), lower by 37 percent compared to last year due to the devastating monsoon floods that earlier destroyed the crop in Sindh. Coupled with lower imports by 0.4 million bales, the available cotton supply is already 3 million bales less than last year during the H1-FY23, yet stock buildup with ginning mills isn’t exactly relenting.

The way world demand is panning out – as is strongly visible from dwindling export volumes – it won’t be long before outstanding cotton import contracts may have to be washed out. Despite the weak demand outlook, international cotton prices are nowhere near the bottom yet, and if commercial banks continue to delay imports due to the ongoing dollar liquidity crunch, the spinning industry may very well be better off renegotiating cotton import contracts at better pricing by Q4-FY23 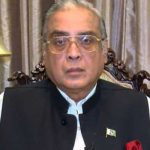 Textile Industry To get electricity at an all-inclusive rate of Rs19.99 per unit In export sector