BEIJING: The United Arab Emirates (UAE) is planning to purchase a dozen Chinese L-15 advanced trainer and light combat jets with more being considered in the future.

Experts said that the Chinese aircraft boasts advantages in both technical aspects and costs. Despite possible pressure from the US, analysts said they are optimistic that the deal will go through, Global Times reported on Saturday.

The UAE Ministry of Defense intends to buy 12 L-15 Chinese aircraft, with the option for 36 additional aircraft of the same type in the future, the ministry said on its Twitter account.

Talks with China National Aero-Technology Import and Export Corp have reached the final stage, and the final contract will be signed soon, Tareq Al-Hosani, CEO of the Tawazun Economic Council, the UAE’s defense and security acquisitions authority, was quoted as saying.

In November 2021, the supersonic L-15 delivered a flight performance in addition to being on a static display at Dubai Airshow in the UAE, displaying the aircraft’s outstanding maneuverability and capabilities for both training and combat purposes.

The L-15 attracted interest from the UAE mainly because of its technical performance, as the Chinese aircraft is an advanced trainer jet that is second to none in the world, Wang Ya’nan, chief editor of Aerospace Knowledge magazine, told the Global Times.

It can also carry weapons and serve as a light, multi-role combat aircraft, Wang said, noting that the plane is equipped with a full set of advanced electronic systems, and it comes with a wide range of munitions.

All of the technologies and systems, including engines, can be independently supplied by China instead of from a third country, and the L-15 is also used by the Chinese People’s Liberation Army under the designation of JL-10, Wang pointed out.

While the value of the possible deal was not disclosed, Wang said the L-15 has a superior cost performance compared with its competitors.

Wang said that as a trainer jet, the L-15 is no replacement for the F-35 fighter jet, and the move is unlikely to affect the UAE’s relations with the US fundamentally. But the purchase intention shows that the UAE does not necessarily have to rely on the US for military equipment, as it can also purchase European and Chinese equipment.

By announcing the intention before signing the contract with China, the UAE is likely to sound out the potential purchase’s impact, such as a possible response from the US, Wang said.

The timing of the signing and the number of aircraft involved could change, but it is hopeful that the deal will be signed, as trainer jets do not cause huge impact on regional security, Wang predicted. 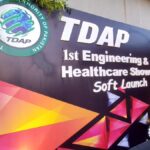 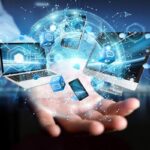