ISLAMABAD: Minister for Energy Hammad Azhar Thursday said Pakistan had purchased weighted average of around 10 Liquefied Natural Gas (LNG) cargoes at the rate of $14.5 per Million Barrel (MMB) for the current month, which was almost 75 percent less as compared to the existing rate of $60/mmb in international market.

“LNG spot cargoes have touched $60/mmb in international markets. However Pakistan’s weighted average of 9-10 cargoes arriving in March is priced only at $14.5/mmb of long term and spot cargoes purchased.

This is despite 2 defaults of long term cargoes,” the minister said on his Twitter handle. Hammad said the ‘most competitive cargoes’ were arriving under the contracts signed by the Pakistan Tehreek-i-Insaf (PTI) government.

Elaborating the default of cargoes, he said there were two defaults on part of those traders with whom the previous government of the Pakistan Muslim League-Nawaz (PML-N) has signed the contracts.

“These will be their 8th default/non-performance in just 6 month period. Last spot purchase was of $25/mmbu on February 22. Today price is $60.” 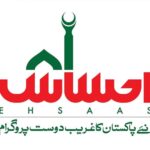