ISLAMABAD: Federal Minister for Finance and Revenue, Shaukat Tarin said Friday that sugar production was likely to increase by 2 million tons this year from the output of 7.5 million tons recorded last year.

In a tweet, the federal minister said, as a result, Pakistan was back to sugar surplus country from deficit.

He said, the ex-mill sugar prices are now around Rs 81 per kilogram, substantially lower from last year.

“The sugar production likely to increase by 2 million tones from last year to 7.5 million tones. As a result, Pakistan is back to sugar surplus country from deficit. Ex-mill sugar prices are now around Rs 81/kg substantially lower from last year,” he tweeted. 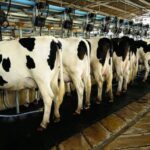