Indus Motor Company : The maker of Toyota-brand vehicles in Pakistan, has announced that it is suspending bookings of all its vehicles in the country.

The development was confirmed to Business Recorder by IMC CEO Ali Asghar Jamali who said bookings have been suspended for the next 15 days, a decision that is subject to currency volatility.

His remarks come as Pakistan battles a plummeting currency that slid to its record low against the US dollar on Thursday, closing at 188.18 in the inter-bank market. The fall brings total rupee depreciation to nearly 6% in around five weeks, pushing carmakers who rely on imported parts and equipment to revisit their pricing and cost structure.

IMC, a dominant player in Pakistan’s auto sector with sales second only to Pak Suzuki in the ongoing fiscal year, is also fresh off a record-month in March that saw it registering sales of over 7,000 units.

“IMC is extremely proud to announce another record-breaking month with 7,132 units sold in the month of March 2022 – highest since its inception in 1993,” it tweeted just two days ago.

The development came during March when IMC also increased car prices on new bookings in the last week, citing rupee depreciation and rising freight charges. At the time, the rupee was hovering around the 181-182 mark against the US dollar. Since then, the rupee has depreciated over 3%.

Pakistan has been faced with major economic challenges with inflation staying in double digits for the past five months. Its currency has lost over 19% in less than a year, and the current account deficit for the eight-month period (July 2021-February 2022) has hit $12.1 billion compared to a surplus of $994 million during the same eight months of the previous fiscal year. Foreign exchange reserves held by the central bank have also fallen to $11.32 billion, the lowest level since June 2020.

On Thursday, the State Bank of Pakistan, in what it called an emergency meeting, also raised the key interest rate by a massive 250 basis points, taking it to 12.25%, saying that outlook for inflation has deteriorated and risks to external stability have risen.

These developments come in tandem with a no-confidence vote against Prime Minister Imran Khan, which was first dismissed by the National Assembly (NA) followed by its dissolution by the president. With the country thrown deeper into political instability, the Supreme Court on Thursday set aside the NA deputy speaker’s ruling, a verdict that then restored the prime minister and his cabinet in their position. 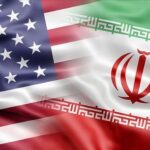 LAHORE: Punjab Finance Minister Hashim Jawan Bakhat said on Tuesday that this year, the government would organize traditional horse and cattle show across the province which would continue […]