Export Of Rice To China Increase By $132.59 Million

ISLAMABAD: Pakistan’s rice export to China has risen by 3.90 percent to $ 132.59 million in the first two months of current year.

According to General Administration of Customs of the People’s Republic of China (GACC), Sino-Pak bilateral trade had increased significantly in the first two months of 2022. China imported more than 347,434 tons of different types of rice, worth $132.5 million, 18% increase over the import of 294,240 tons worth $ 127.61 million during the same period last year.

Commercial Counselor Pakistan Embassy Beijing, Badar uz Zaman hoped that in the current year, Pakistan would achieve the target of one million tons of rice export to China and within a few years, it would be the largest rice exporter in the Chinese market. 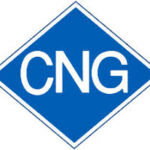 Next Article CNG Stations Are Close For Three Days in Sindh

ISLAMABAD:The exports of rice Increase by 10.73 % during the first half of the current financial year (2021-22) as compared to the exports of the […]

BEIJING: Pakistan’s rice export in the first quarter of this year surpassed 466,000 tons ( around half-million tonnes), worth around $176 million, according to the […]