Pakistan LNG Limited (PLL) has invited bids from reputed international suppliers for the supply of six LNG cargoes, in its bid to curb the gas crisis in the country.

PLL, a subsidiary of Government Holdings (Private) Limited (GHPL), is owned by the Pakistan government. It has the mandate to procure Liquefied Natural Gas (LNG) to meet the country’s gas requirements and in an advertisement has invited bids on a Delivered Ex-Ship (DES) basis at Port Qasim, Karachi, three each for May and June 2022.

As per the advertisement, PLL was seeking cargoes, each of 140,000 cubic metres, in six delivery windows. The company said that the deadline for submission of bids is April 21, 2022.

PLL wants suppliers to deliver the LNG cargos in six windows, between 12 May to 17 June 2022.

Last week, Business Recorder reported that PLL failed to procure LNG from the spot market at a reasonable price for April, May and June 2022, with severe liquidity issues linked to the circular debt.

The report said that only eight LNG cargoes will be imported for April against the demand of 12 cargoes. Pakistan State Oil (PSO) will import seven cargoes under a long term agreement with Qatar and PLL forged in 2014 by the PML-N government. Only one cargo, which is a term cargo, will be provided by energy company. However, PLL remains unclear whether it will be able to manage the term cargo from ENI, an official of PLL said. 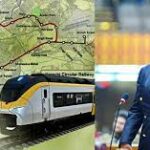 Next Article PM Requests China To Includs Kcr In Cpec