Palm Oil Today Eased to MYR 6,300 Per Tonne While Traders Are Looking For Alternate Of Sunflower And Rapeseed To Palm Oil

Malaysian Palm Oil:  Eased to MYR 6,300 per tonne, having touched a near five-week high at 6,546 earlier on stronger crude oil futures as investors await data on Malaysia’s export shipments during April 1-20.

The shortage of sunflower and rapeseed oils, which Russia and Ukraine account for nearly 75% of the global exports, is forcing major importers to look for alternatives including palm oil from Malaysia and Indonesia. 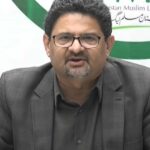 WTI: crude oil stabilized above $100 per barrel on Wednesday following days of heightened volatility, as the threat of additional sanctions on Russia countered fears […]