Meta-owned messaging application WhatsApp is set to release a new feature that will allow users to hide their last seen from specific contacts.

Last seen lets other users know when a contact was last active on the application.

According to WABetainfo, WhatsApp stated “To improve the privacy and security of our users, we’re making it harder for people you don’t know and haven’t chatted with from seeing your last seen and online presence on WhatsApp. This will not change anything between you and your friends, family, and businesses who you know or have previously messaged.”

The feature currently can be turned off completely but not for specific contacts. The new update will enable users to choose specific contacts and prevent them from seeing a user’s last seen status.

The new update in iOS beta version 22.9.0.70 carries a ‘My Contact Except’ button that will let users choose specific contacts to hide their last seen from.

The messaging application is working on other privacy and general modifications for both Android and iOS. The features are expected to be rolled out soon.

Earlier, Whatsapp had announced rolling out the ability to change the application language for some beta testers. 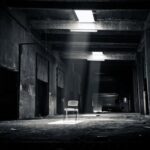 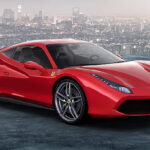 US Increases Oil Imports From Russia By 43% In Past Week

MOSCOW : The United States over the past week has increased imports of Russian oil by 43%, reaching 100,000 barrels per day, Deputy Secretary of the Russian Security Council Mikhail Popov […]