After falling a day earlier, Pakistan’s rupee rebounded on Friday, appreciating 0.13% against the US dollar in the inter-bank market.

Talking to Business Recorder, Pak-Kuwait Investment Company’s Head of Research Samiullah Tariq stated that the uptrend is a pre-holiday effect given that the flow of remittances generally rises right before Eid, lending support to the local currency.

“Overseas Pakistanis send earnings to their families back home for Eid expenditure,” he stated.

He projected the local currency to rally against the US dollar, and noted that clarity on the general direction of the foreign exchange market could be gauged only after the holidays.

A report from Arif Habib Limited stated that the Russia-Ukraine conflict also has the potential of triggering capital flight from emerging markets to safety which could result in further weakening of the Pakistani rupee.

“The current account deficit is having a fundamental impact on the currency, which, from the flows perspective, would impede foreign exchange to reach again pre-pandemic levels,” the report said.

Pakistan reported a further decrease in its foreign exchange reserves with the SBP-held level reaching $10.56 billion on Thursday. Total liquid foreign reserves held by the country stood at $16.67 billion on April 23, 2022, stated the SBP. 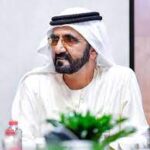 ISLAMABAD: The Federal Board of Revenue (FBR) collected net revenues of Rs 3,799 billion during the first eight months of the current fiscal year (2021-22), […]

ISLAMABAD : President Dr Arif Alvi on Sunday  Approved The Advice Of Prime Minister  To Desolve the Assembly Also President On Saturday said  that the […]