BEIJING: Pakistan’s rice export in the first quarter of this year surpassed 466,000 tons ( around half-million tonnes), worth around $176 million, according to the General Administration of Customs of the People’s Republic of China (GACC).

The COVID-19 impacted the imports and exports in the last two to three months. In the first two months of 2022, China imported more than 347,434 tons of different types of rice, increasing 18% by volume while last year in the same period it was 294,240 tons worth $127.61 million. In March, rice export to China showed an downward trend, but overall, it has increased.

Commercial Counselor of Pakistani Embassy in Beijing, Badar uz Zaman told China Economic Net (CEN) that China and Pakistan have had very close cooperation in the agriculture sector during the last three-four years and now, positive results are coming from this bilateral cooperation, adding that China’s high-quality and high-yielding rice varieties have been widely promoted in Pakistan.

“Although this year the COVID-19 Pandemic affected imports and exports, especially during the last two to three months, we will still achieve the target of one million tons of rice export to China.

I thank the Chinese enterprises, and research institutes that introduced new varieties of seeds, promoted excellent cultivation techniques to local farmers and color sorter technologies to Pakistan, which helped increase the rice production in Pakistan and export to China,” Badar stated.

Former Vice President of Karachi Chamber of Commerce, Shamsul Islam Khan told CEN that there are 53 Pakistani rice enterprises on the approval list of Chinese Customs, if more companies get access to the Chinese market the rice trade would increase a lot.

It may be noted that last year Pakistan exported about 973,000 tons of rice worth $437 million to China. Last year July, China’s custom allowed 7 more Pakistani rice units to export rice to the Chinese market and the total number of companies in the approved General Administration of Customs P.R of China list reached 53.

It is also worth mentioning that overall Pakistan’s export to China in the first quarter of 2022 crossed $ 1.039 billion, which recorded a nearly 17% increase from January to March this year. 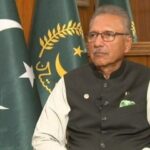 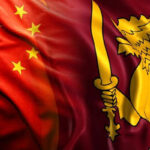 Next Article China To Work With Sri Lanka In Restoring Political, Economic Stability