BEIJING: Pakistani Pine nuts exports to China in the first three months of this year achieved a historical figure of $25.13 million, according to the General Administration of Customs of China (GACC).

Yar Muhammad Niaz, Chief Executive of Hangzhou Aiza Food Co, Ltd., told China Economic Net (CEN) that this year they are expecting a good crop of pine nuts but he is also afraid of environmental changes that could affect the crop.

“Last year the price of pine nuts fluctuated too much. The price of unprocessed pine nuts has gone up to RMB 190 per kg, but the overall price remained between RMB 170-180 per Kg. Currently, the price is RMB 130 per kg. The reason is that after the Chinese Spring Festival, price always comes down. Besides, before the production season starts in September, the suppliers have inventory from the previous year,” he stated.

He further said that China was a big market for this product. To fulfill the demand, direct cargo flights are needed on regular basis and airlines should also provide subsidies for lower freight.

Ali Raza, a local shopkeeper in Peshawar told CEN that when he bought unprocessed pine nuts, there were many empty shells, which was one of the reasons for the high price.

Secondly, when they process them after roasting, the taste changes, and in different areas the tastes vary because of the salt and water used during processing.

“We need the latest technology to process pine nuts that could help maintain the taste and expedite the processing time. China is the largest importer of Pakistani pine nuts; therefore, we should use Chinese technology that would be cheap and would meet the consumers’ demand,” he added. 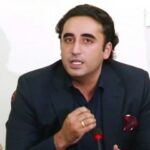 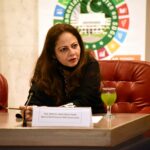 NEW YORK,  Consumers and politicians may be annoyed at high oil prices, but they aren’t persuading Exxon Mobil (XOM.N) or Chevron (CVX.N) to increase production […]