ISLAMABAD: In a major development on the third day of negotiations between Pakistan and the International Monetary Fund (IMF), the federal government has decided to withdraw subsidies on petroleum products and electricity before Monday, Geo News reported, citing sources.

According to sources, during the ongoing technical talks with the Fund mission in Doha, the Pakistani delegation also discussed the programme to privatise power plants. The schedule for privatisation of state-owned enterprises has also been shown to the IMF.

While Pakistan’s leadership has agreed to most of the conditions of the international lending body, sources, however, revealed that they have sought concession on a hike in the policy rate, citing its negative impact on business activities as a major reason.

The central bank is scheduled to announce the monetary policy for the next month on May 23 (Monday).

Pakistan’s delegation — under the leadership of Finance Secretary Hamed Yaqoob Shaikh — told the IMF mission that a hike in policy rate would dent business activities which would impact the economy of Pakistan.

Talks for the revival of the multibillion dollars programme began on May 18 and will continue till May 25.

During the technical-level talks with IMF officials, the Pakistani delegation includes representatives of the State Bank of Pakistan (SBP), the Federal Board of Revenue (FBR) and the Ministry of Energy.

Meanwhile, Federal Minister for Finance and Revenue Miftah Ismail will lead the policy-level talks after the completion of technical-level talks.

Earlier today, the finance minister confirmed that talks with the IMF are moving forward positively.

“With positive IMF talks underway, we expect a turnaround in the economic situation very soon,” Miftah wrote on Twitter. 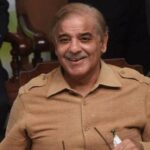